Is your well-being paramount to the tour company you’re considering for your cycle trip in Cuba?  Should your eyebrows be raised if they are they promoting cycling experiences after dark, in the urban core of the city of Havana, or riding activities during the summer rainy season?

Yes, everyone knows that biking is coming back in vogue in Cuba (for us die-hard bike fanatics it never went out of style…), but as much as we love the sport, it’s not for everyone and it’s essential to be realistic when making your travel plan. Travelers engaging in short-duration bicycle excursions on a holiday are not always frequent riders, and may lack experience navigating urban traffic or otherwise underestimate some of the challenges of riding a bicycle in a foreign tropical country. WoWCuba / MacQueen’s Island Tours takes client safety very seriously and so urges anyone considering incorporating cycling into their travel itinerary in Cuba to keep in mind some of the red flags that are being raised at WoWCuba / MacQueen’s with several of the promos we’ve seen for new 2-wheeled adventures popping up around Cuba.

Biking in urban centers comes with certain risks.
Is the tour operator trying to sell you a Havana City Bike Tour focused only only gushing about the benefits…like appreciating the sights/sounds/smells of its busy streets from the seat of a bike? Are you picturing the wind running through your hair while your selfie stick sticks precariously out of the super-cute wicker basket on your beach cruiser’s handlebars and everything always turns out hunky-dory? If that’s the case, then they are probably sorely remiss in preparing you for the reality and risks of riding a bike in Havana.

One of them is traffic, especially in the urban center of Havana where designated bicycle lanes are practically non-existent. While Cuba’s capital was ahead of the times in the early 1990’s with its bike lanes and infrastructure, much of that has gone by the wayside. To get to/from Old Havana the bike (and passenger) boats still operate between Casablanca & Regla. When I see groups of tourists taking up the limited # of spots on these “shortcuts” originally intended for moving the local (not visiting) population, I sometimes feel that it’s unfair to locals who depend on these methods of transportation to conduct the essential activities of their daily lives. We also have the bike bus that connects Habana Vieja to Habana del Este, but the special bike lanes in the city core disappeared with the Special Period. So don’t let them kid you with clever travel copy. Yes, a trip designer can always try and pick some of the lesser-travelled streets when designing a cycling route without leaving Havana’s urban center. But if you ask anyone in Cuba with half a notion of what the term elevated liability means, they’ll agree that you almost need an extra set of eyes in the back of your head to safely navigate Havana streets by bicycle these days.
Havana drivers (and their sometimes rickety cars) are not particularly courteous to each other, much less to cyclists, and there are several areas where cycling is in fact prohibited. Even along the iconic Malecon seawall and 5th Avenue in Miramar, where the non-allowance of cycling activities is signaled by a sign with a bicycle in the middle and red circular band around the outside.

Noxious vehicle fumes (or the stench of garbage rotting in heat) are another negative for cyclists in Cuban cities. This remains a frequent report of detracting factors to city riding. Getting out of the city altogether and heading east or west are two of the best ways to avoid some of the above hazards. .

Helmets are not the law in Cuba, but if you value your head…
We’re not sure what self-respecting bicycle company would not provide helmets for their clients, or neglect to ensure that they use them while riding in Cuba, but as advocates for helmet use based on a lifetime of professional and retail experience, we suggest you don’t leave your safety up to chance. Just use a helmet while riding. Brain injuries happen when you’re least expecting them, and not protecting your non-returnable hard drive with one of today’s lightweight/vented helmets is simply not smart. A company that offers you a bike tour while claiming they look out for your safety, but then neglect to take responsibility for something as basic as committing to providing a helmet on a bicycle tour is probably not a true specialist in cycling activities.

Biking in the rain in Cuba can be hazardous.
With a high number of diesel-fuel vehicles on Cuban roads, a film often coats paved road surfaces, making them very slippery when wet. This is especially true at intersections where concrete is more common than asphalt. It can be a braking hazard for those unfamiliar with local road conditions. Rainy season in Cuba typically runs from May to October and rain is more common in the afternoon than morning.

WoWCuba’s tour leaders inform riders of what to expect in rainy conditions before they occur, and our support vehicle is always present when needed as back-up. The decision to ride is ultimately the client’s, but our team always makes participants aware of potential weather and road-related hazards in advance so that riders’ awareness is raised when riding conditions are less than ideal.

Summer temperatures in Cuba are not ideal for cycling.
Besides being rainy season, higher summer temperatures in Cuba can lead to an elevated risk of dehydration for cyclists in Cuba. If you choose to cycle in Cuba in the summer, be sure to always have an adequate supply of potable water. This may not be readily available in retail outlets. A bicycle tour company that suggest clients take care of their own water needs could be risking their dehydration.
WoWCuba’s guided group cycling programs shut down for the summer as we simply feel that the combination of heat and humidity make it a less than ideal time of the year for that type of trip in Cuba. Filtered water is provided for all rides with WoWCuba and immodium is not always available in Cuban pharmacies.

Bicycle repair shops are generally not well-stocked in Cuba.
There are few places where cyclists can purchase spare parts in Cuba, so independent cyclists must be prepared with basic toolkits and spare parts for their equipment. “Poncheras”, or tire repair outlets, do exist and getting a flat repaired is not usually difficult or expensive, providing the tube/tire damage is limited to a puncture (not a blowout).

Riding at night is not recommended.
Well-lit areas are few and far between in Cuba, and night riding is not recommended in Cuba. Even if you have lights and reflective gear, not all drivers will be looking out for cyclists, and with a general absence of designated cycling areas plus Cubans who continue to mix alcohol and driving (elevated risk for this after dark), then you (or the tour operator you choose for your adventure) could be taking your life into your hands by riding at night.

Does your guide team have first aid training?
WoWCuba’s tour leaders are trained to international standards as first aid responders and carry basic first aid supplies in the tour bus at all times, in addition to being in contact with the national public health system’s network for any emergencies that go beyond the scope of their training. Our team is certainly not immune from handling the occasional minor accident, but their accumulated knowledge and training has undeniably come in handy over the years when dealing with a variety of unexpected health complications on tour. If the cycling trip you’re considering :
-is accompanied by Cuban “tour guide” with no official government tour guide accreditation
-has no support vehicle or in-house back-up plan for transporting injured/incapacitated riders
-has no staff with first-aid training certification
then you should be prepared to accept the consequences of signing on for a tour that might be improvisational and carries higher than just the inherent risks of cycling in general. 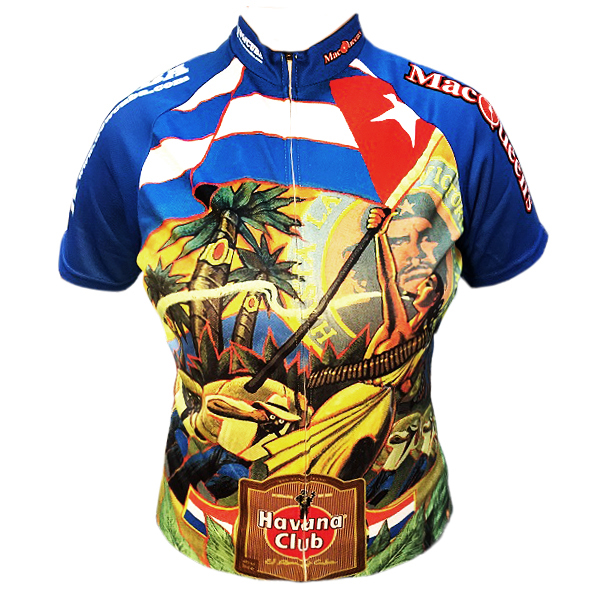